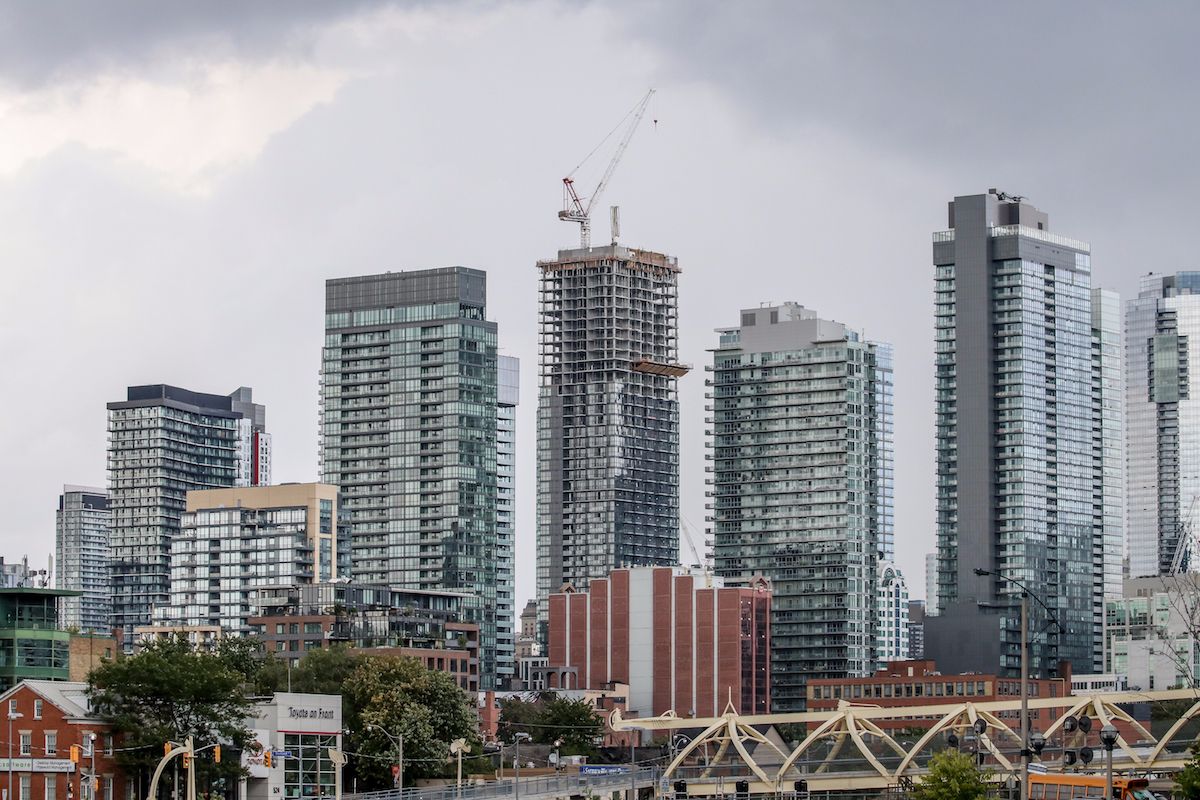 While the rest of the Canadian housing market slowly adjusts to the effects of rising interest rates and stricter mortgage rules, new condo market continues to perform well. But a lack of supply is pushing sales downwards.

Condo starts reached a record 7,981 units last quarter, while sales plunged 56 per cent year-over-year, according to a new report from Urbanation.

“The drop in sales can be attributed to a slowing of project openings, and existing units being absorbed into the market,” Urbanation director of market research Pauline Lierman tells Livabl.

Projects that came onto the market last quarter sold quickly, with 56 per cent bought by the end of the quarter. That’s down from the record 80 per cent rate of absorption in Q2 2017.

“We’re still coming off of really low inventory, and you can’t sell what’s not out there,” says Lierman. “Ultimately there are fewer projects on the market now than there were this time last year.”

Unsold inventory sat at 9,341 units last quarter, the highest level in six quarters but well below the 10-year average of 15,807 units. Condo resale volume was down 17 per cent annually, marking an improvement over Q1’s 31 per cent drop.

There was an annual resale price increase of 5 per cent, representing a strong deceleration from the 30 per cent growth recorded in Q2 2017.

“We’re still seeing prices rise, but at a more reasonable level,” says Lierman. “You can’t sustain 30 per cent quarter-over-quarter price growth for very long, so this is ultimately a healthier level of growth.”