A major Canadian housing price index rose for the third consecutive month in June, as the demand for condos continues to rise.

The Teranet-National Bank Composite National Price Index jumped 0.9 per cent month-over-month in June, following a 1 per cent rise in May.

“Condo prices have risen at a fast clip since the beginning of the year in Toronto and Vancouver (after seasonal adjustment, 7.8 per cent and 16.3 per cent annualized respectively), while prices for other types of dwellings held their ground,” writes National Bank senior economist Marc Pinsonneault, in a recent note. 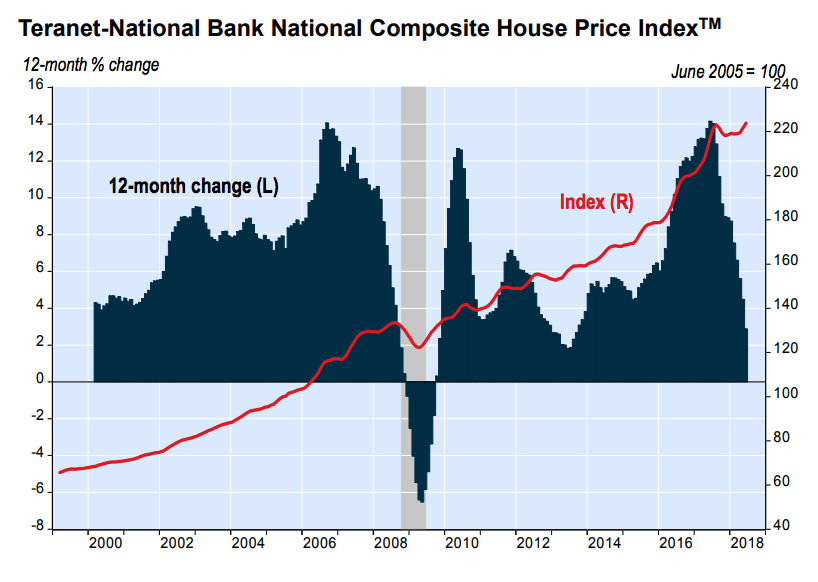 But according to Pinsonneault, June’s rise doesn’t mean that Canadian home prices are about to warm up in a big way. Instead, it’s just a sign that things have leveled out after January’s serious correction.

“Does this mean that the Canadian home resale market is about to enter into a new frenzy? No,” he writes. “June’s rise in the index, impressive at first sight, was in fact weak for this time of the year. Indeed, if the Index were purged from seasonal patterns, it would have been about flat over the last three months.”

“The resiliency of prices for [low rise homes] is indeed reassuring in view of higher interest rates and stricter mortgage qualification rules that dampen demand for the most expensive categories of dwellings,” writes Pinsonneault.