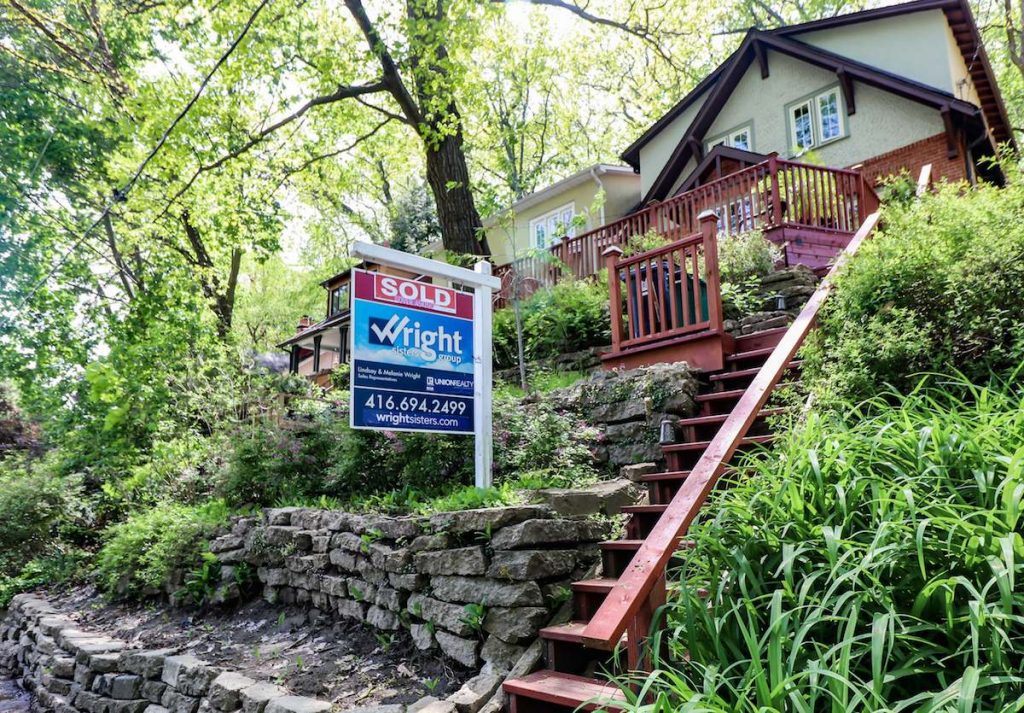 From its peak in April 2017, to its dramatic sales drop in January 2018, the Canadian housing market has been all over the map in the past year, and one bank has taken notice.

“Canadian housing market volatility has become acute since the end of 2017,” writes the TD economics team, in a recent note. “Regulatory changes at both the national and provincial level (especially in B.C.) resulted in outsized swings in resale activity.”

The changes have led to a 44 per cent quarter-over-quarter drop in home sales from Q4 2017 to Q1 2018, and a 7 per cent decline in residential investment, despite what the TD team calls “solid construction and renovation activity.”

But it’s not all bad news — the team writes that the worst of the adjustment may finally be over.

“Fortunately, there is reason to believe that the worst of the adjustment is behind us,” they write. “Monthly moves have become less dramatic, with some markets beginning to see modest increases.”

Those markets include Ottawa and Montreal, which have produced strong sales number this year, while previously hot markets like Toronto struggle to adjust to the policy changes.

As for when things will start to warm up again, the team predicts that stronger sales activity is still a few months away.

“The market is not expected to form a convincing bottom until the third quarter, with little reason to expect a sharp resurgence thereafter due to higher rates, more stringent qualifying rules and stretched affordability,” they write.

Meanwhile, the question of when the Bank of Canada will hike interest rates continues to worry industry watchers. The Bank hiked the overnight rate to 1.25 per cent in January, and is widely expected to do so at least once more before the end of the year.

The TD team predicts that, given the housing market’s current state of flux, and trade uncertainty with the US, another hike is still a ways down the road.

“With housing markets in a state of adjustment, it is unlikely that [Bank of Canada Governor] Poloz and company will want to cause undue stress, particularly with long-term rates already rising on the back of U.S. pressures,” they write. “This all argues strongly in favour of a gradual, well-telegraphed tightening of Canadian monetary policy.”