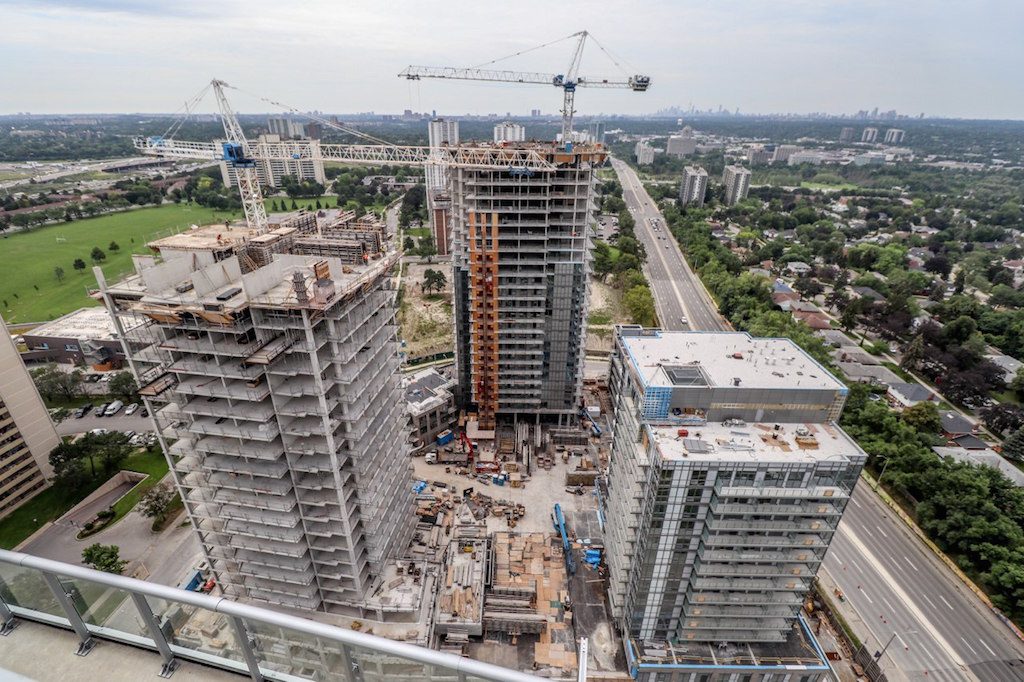 It’s been just over one year since the Fair Housing Plan (FHP) was announced by the provincial government in an attempt to slow demand and improve affordability in Ontario’s hottest housing markets.

While the reach and efficacy of the policies that the plan introduced have been debated endlessly, there is now more data to assess just how effective it was in accomplishing its objectives.

Using internal data, BuzzBuzzHome compiled a report that examined the impact of the Fair Housing Plan on the province’s new construction home market, with a focus on how it affected investor activity and buyer preferences through the past year.

According to the report, investor-related inquiries made through the site for all new construction property types declined immediately following the introduction of the plan in April 2017.

“[T]he policy announcement seemed to rattle the market, with investment inquiries spiking before the announcement and dropping after, although never falling too far below the province’s historical average,” reads the report, released Monday.

Investor inquiries received through the site briefly increased in markets outside of Ontario after the announcement, which could signal a spillover effect into other markets.

Along with a shift in investor activity, the composition of building types that were being requested changed following the announcement of the plan.

In the first quarter of 2018, nearly 70 per cent of investment inquiries through BuzzBuzzHome were for condos, compared to roughly 50 per cent in Q1 2017.

With detached home sales markedly lower across the GTA so far this year, BuzzBuzzHome says investors are likely opting for lower risk investments in the condo segment.

“This could signify a return to safe assets: spooked investors are risk-averse investors. When looking for buyers to offload their property, investors may find a worrying lack of appetite in the low-rise market,” reads the report.

The plan did not appear to have a significant negative effect on new home prices at the provincial level.

In the first quarter of 2018, prices for all new construction building types in Ontario rose 15 per cent compared to the first three months of 2017.

Beyond the Fair Housing Plan, new mortgage regulations that came into effect this year have also impacted investor activity in the new construction market.

After the stricter rules were introduced on January 1, 2018, the number of requests from buyers who identify as “renters” or “downsizers” significantly increased on the site.

“This is to be expected: rate hikes put pressure on people to downsize, and government-mandated stress tests may be inducing buyers to put off their home-owning dreams for a few more years,” says BuzzBuzzHome.

Although the Fair Housing Plan has worked to “stymie investment”  and improve affordability in the province’s new construction market, the BuzzBuzzHome report concludes by noting that the new mortgage regulations may have impacted any FHP-induced gains in purchasing power.